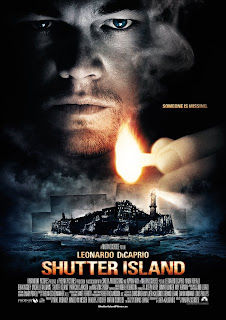 This movie can be described as a perfect psychological mind blender that will keep us to the edge, till the very end. It has more to thrill than the horror elements which were catered initially in the early trailers.

It all begins in the year 1954, when two U.S. Marshal Teddy Daniels (Leonardo DiCaprio) & Chuck Aule (Mark Ruffalo) visit Ashecliff Hospital for criminally insane, located at Shutter Island to probe into a disappearance of one inmate. Distressed with his own tragic past, Teddy tries to carry on what seemed to be a routine investigation, which soon turns out to be disturbing, revealing more shocking truths about the asylum as well as the island.

This movie brings along quite an impressive casting, most notable of them will be Ben Kingsley (Gandhi), Max von Sydow & not to forget Patricia Clarkson (The Green Mile, Lars & The Real Girl). Each & every cast was able to deliver a stupendous performance. Leonardo acted brilliantly as the troubled soul in search of truth. This year both

There is not much to talk about the soundtrack, as there had been a limited usage, so to say. In general the backdrop score as well as the cinematography aided in pacing the story. It requires certain amount of attention to follow the story but at the same time it’s not all that perplexing. If anyone is interested to have a riveting experience, give this a try.This is Leo's 2nd  best feat apart from Inception. Highly Recommended.