Age of Ultron is not only a step up from an already established decade old Marvel franchise, it’s also an example of how well a story can house numerous heroes within the same realm without making it mundane. Joss Whedon has yet again proved that he not only loves & understands the Marvel Cinematic Universe but also knows on how to put good use of each & every character with an evocative drive.

The plot centers on Tony Stark/Iron Man’s ploy in establishing a program that would warrant world peace involving amplified artificial intelligence; however it backfires, thus leading to evolution of the main antagonist Ultron, forcing the world’s mightiest heroes to team up once more to faceoff the new nightmare.

Ultron may lack the charisma of Tom Hiddleston’s Loki but the voice over by James Spader has made the character quite intimidating & menacing. Like the prior installments there have been moments of humor, however this time the story has been given a darker note keeping it akin to Captain America: The Winter Soldier.

The action sequences are phenomenal, something which we now are acquainted with & expect nothing short of spectacular from such franchise. Wait till you see the fight between Bruce Banner/Hulk & Tony Stark in his new suite Hulk buster - Veronica. The ideological conflict between Steve Rogers/Captain America & Stark has been explored a bit more which we know will lead to the premise for upcoming Captain America: Civil War.

Godzilla duo Aaron Taylor-Johnson, Elizabeth Olsen joins the Avengers as the experimental miracle twins Quicksilver & Scarlet Witch, definitely a worthy entry however it’s Paul Bettany’s Vision which stands out as an unforeseen surprise. There has been some ester eggs giving inkling to the upcoming films like Infinity War.

Age of Ultron is a worthy successor, keeping true to the Marvel Universe both in tone & heart. The story offers some unexpected twists making this grandeur a must watch at the theaters. 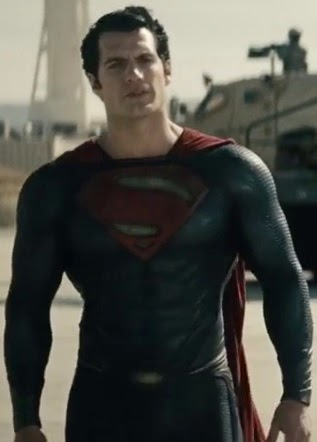 Being a staunch Batman fan, reviewing ‘Man of Steel’ from that perspective is fairly different. Zack Snyder’s take on Clark Kent’s alter ego had definitely set huge reactions from the fandom. Many loved it while many equally hated it. Frankly, I prized it & contemplate this adaptation to be best version of Superman’s origin story till date.


It does not make much sense to equate it with Richard Donner’s Superman - 1978. Nolan’s success with cape crusader’s trilogy helped in pitching the idea to Warner Brothers, on reinventing Superman for contemporary audience; a rational move undeniably.

First twenty minutes show casing the homeland - Krypton of Superman is not only captivating but visually ambitious. This is the first time we have ever seen the origin on silver screen in such details. Digital Studio Weta Digital did a commendable job in enhancing the alien planet’s flora & fauna. In literary world there had been various iteration of Superman; however in recent times the stories have become much more modernized to fit today’s world. Snyder’s version of Kal-El has traces of genesis from J. Michael Straczynski graphic novel Superman: Earth One series. Some segment of the plot also felt familiar to Mark Waid’s Birthright.

Man of Steel is intense, visceral & certainly exciting to watch. Does that mean this movie had no flaw of its own? Of course not, there were some aspects which looked a bit rushed. This implies to some of the characters brought in within the story arch. Many have criticized for bringing out the character of Kal-El in darker tone however we should bear in mind that even though Superman has always been considered as the most powerful superhero, he is also emotionally vulnerable.

Just like ‘Batman Begins’, the childhood of Superman is conveyed through flashbacks, which without reservations must say had been the niftiest move. Snyder has laid the foundation in a way which will open up future DC cinematic universe quite akin to what Marvel has previously done with their Avenger franchise. Keeping General Zod as the primary nemesis helped in rendering the conflict in a well-adjusted style, tying up the plot with certain manner.

Snyder has always been known as the visual director & his hallmark is evident all through the movie. Whether you like it or not, this movie has enough action set pieces to make your jaw drop. The power of superman has never been exploited to such magnitude; however at times it felt a bit stretched but never felt mundane. Henry Cavill caped the role of Kal-El/Superman as anticipated but it was Kevin Costner & Russell Crowe who nailed their respective roles as father figure to Kal-El. Another strong feature about this movie is Hans Zimmer’s epic music composition which took this movie to a whole new level.

Superman’s story is meant for everyone, this is a timeless story.
Posted by Debjyoti (DJ) at 9:20 PM No comments: