It’s tricky to have a thriving trilogy yet Nolan has effectively fulfilled the Batman legend with style.

No one has ever taken super-hero based movies seriously until we got introduced to Batman Begins. Staying true to the origin of the cape crusader Christopher Nolan has taken us deep into the world of Bruce Wayne’s fractured life & his reason to fight injustice under the hood of shadowy vigilante. With a fitting foundation we were offered with the next installment which will always remain as the Holy Grail to all batman fans & movie fanatics alike. Even today, The Dark Knight not only stands out as the best graphic novel adaptation but also as a dark intricate notable crime chronicle. It’s regrettable to miss prodigy like Heath Ledger whose feat as the Joker has immortalized one of the best screen play villain in recent times.

Plot : It has been eight years since Batman vanished from after taking blame for crimes committed by late Two Face/Harvey Dent. When a mystifying cat burglar going with the name Selina Kyle forces herself into Wayne Manor, Bruce senses sinister plot however arrival of a masked radical named Bane & his rebellious army compels Bruce to put on the cape for one last time in order to shield the very city which once branded him an enemy, based on lies engineered by Commissioner Gordon for greater good as we know from last chapter. 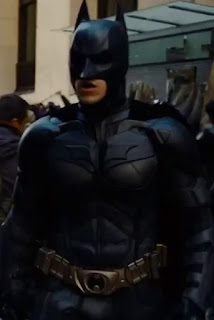 It is recommended to be well versed with Batman Begins as lots of reference takes queue to conclude the story arc. Stakes were higher for making this film as the anticipation had built up from past few years hoping for a great grandiose finale. Nolan has accomplished to bring this story to yet another level which very few have tried to gamble. Unlike the 2nd installment The Dark Knight Rises plays heavy on script with various twists & the last half an hour is nothing short of spectacular. It is unreasonable to compare Bane’s character next to Joker. Tom Hardy succeeded to flesh out Bane as shear brute where physical intimidation plays a key role. The fight between Bane & Batman is one of the most imposing moments in Rises where it taunts us by showing that even heroes can be bested. Anne Hathaway as Selina Kyle grounded the character not just as grifter but also as a classic movie femme fatale. Keeping true to the rational world of Nolan she delivers a striking show. Joseph Gordon-Levitt as Officer Blake is one of the new additions to this saga & plays an integral part. Christian Bale as Bruce Wayne pulls off yet another marvelous act & does justice to cape crusader’s tale. Apart from brilliant performance from other supporting casts the soundtrack set by Hans Zimmer is beyond doubt, epic.

This is a story which showcase us how Batman has affected the society & how Bruce has to deal with new threat & decide whether he shall return to save . The Dark Knight Rises is a multi layered story with massive amount of action, something which we have experienced in Nolan’s other chartbusters. It’s really amazing to see how the movie brings everything to full circle. Let’s just say, the final installment proves to be a fitting conclusion to one of the greatest trilogy in modern times. 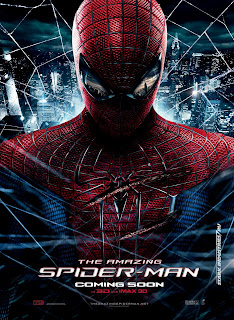 The Amazing Spider-Man does not tell us an entirely new story but fairly refines the origin story with a darker note. It’s expected to be compared with Sam Raimi’s 2002 work. The question that would linger in the mind of those who are yet to see it is how does this fair? Why the reboot was indispensable for the Marvel to establish an already successful franchise would still remain a mystery; yet one thing can be assured this movie does deliver some of the goodies which was promised yet unforeseen.

AndrewGarfield as Peter Parker was the right choice & his take on the affable neighbor-hood spider-man is quite revitalizing. What makes the story so different from its forerunner is the tone how Marc Webb wanted to depict the chain of events in Peter Parker’s life that would put him into the shoes of mask vigilante. Unlike precedent stories we are introduced to the past of Peter, very similar to Bruce Wayne’s early days even though their tragic past is relatively poles apart.

I prefer not to give away the plot but Parker’s adversary proved quite menacing; once the action starts it grabs you by the nose & doesn’t let it go. Choreography is top notch & action sequences are well done; perhaps ever growing technology played much bigger role in this.

Frequent trailers & TV commercials asserted a different approach in the origin of spider-man yet first half of the story does fall into similar track of Raimi’s creation. Fresh faces do bring life to the story especially Martin Sheen as Uncle Ben however Peter’s metamorphosis to super hero gets dragged little bit. Die hard fans will enjoy none the less. One major change within the story is to see Gwen Stacy Emma Stone as Peter’s love interest, how their chemistry appeals to the generic viewers is entirely of personal savor.

2012 proved to be the year of super-heroes; ’s charm would certainly draw viewers however Marvel will have to depend on a sequel to make this reboot memorable.