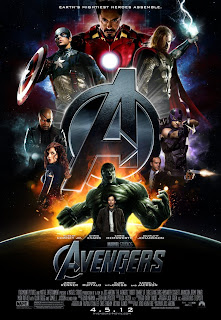 Marvel Studios has outdone itself once again. Years of endeavor of introducing various Super Hero characters to the world have finally paid off.  Instead of relying solely on effects Joss Whedon has deftly presented us with solid script which endorses this movie’s true potential. Those who are unfamiliar with ‘The Avenger’ animated series this is the movie to get on with. This is indeed Marvel’s finest movie till date.

Taking reference from past releases like Iron Man, The Incredible Hulk, Thor & Captain America: The First Avenger Whedon effectively unites each & every character to make this venture a true game-changer for the superhero movie genre. Every person likes watching superhero movies but its real bonanza to have most of them in one forum. The story begins with Nick Fury’s espionage agency S.H.I.E.L.D’s attempt to control the power of Tesseract recovered from Nazi officer Johann Schmidt & his HYDRA organization earlier seen in Captain . However Tesseract’s sudden activation leads to opening up a portal which allows Asgardian Loki to reach Earth. With Tesseract controlled, Loki schemes to bring his fearsome alien army to cause mayhem & enslave everyone on Earth. Desperate situation calls for desperate measures thus Nick Fury anticipating the real danger Earth faced assembles his team of superheroes to thwart the assault of Loki & his formidable army. Fans would be truly delighted to see how each hero has been given adequate time to shine. With loads of action & memorable characters The Avengers is by far spectacular.

The Avengers lives up to its hype & raises the bar of comics based movies to yet next level.  Perhaps it’s time for us to see our costume vigilantes in faction.
So far ‘The Avengers’ box office proved quite impressive. Till date it has made worldwide staggering $ 654 million. Following trend does give an impression of a quick billion. Only movies which I expect to pose real challenge to Marvel’s new baby would be Christopher Nolan’s The Dark Knight Rises & Marc Webb’s The Amazing Spider-Man.
Marvel has already taken the lead with her maiden Avengers Initiative; will DC Comics face up with her very own Justice League of ? Only time can tell.

Take my word, don't miss this at theaters !!

Approximately 78 days left for the most anticipated movie of 2012. Will this be the decisive Batman trilogy finale we have been craving for? Only time will show. I have full conviction on Christopher Nolan’s ability to deliver yet another magnum opus.

Latest trailer does provide an insight about the forthcoming plot. I think Bane’s voice is much more coherent than what we have seen so far in preceding trailers & prologue. So far we already know that ‘The Dark Knight Rises’ takes place eight years after Bruce Wayne/Batman taking accountability for crimes committed by late Two Face/Harvey Dent. However Bane’s vicious havoc in  will compel Batman to emerge & shield the very city which has branded him an enemy. Nolan has previously said that this story will bring closure to the legacy in a very plausible way. Let’s just hope for the best!! Keeping my fingers crossed.